Boston University School of Medicine is heading up 50 medical researchers in a massive 7 year study into the brain disease CTE, or Chronic Traumatic Encephalopathy, the brain dysfuction made famous in the movie Concussion.  Typically, CTE can only be diagnosed in brains after death, and is typically caused by a series of head injuries, with or without concussion symptoms.  CTE is most evident in football players and other athletes.  There are several questions that this research endeavor will explore.  One of them is why do some NFL players experience CTE and others not?  How much an effect does genetics play in CTE (there are former NFL players who have had multiple head injuries and did not have CTE).  Does the age at which a person experiences head trauma have an effect on CTE later in life?  And the biggest question is how can we diagnose CTE before death.

The research team is recruiting 180 former NFL and college football players to study their brains.  Lead researcher Robert Stern, Ph.D. is aided by former NFL player Tim Fox, who is 62 years old and believes he has some symptoms of CTE.  You can hear more about this study in an NPR All Things Considered interview here.

This study may help decision makers in age group to high school to college football.

If you suffer a concussion, or any kind of head injury with symptoms, look into Neurofeedback as a way of relieving those symptoms. 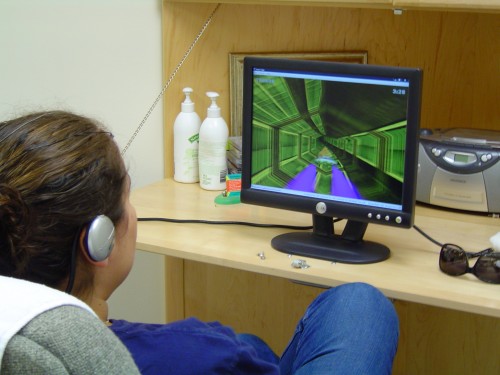 Neurofeedback is non-obtrusive and fun!